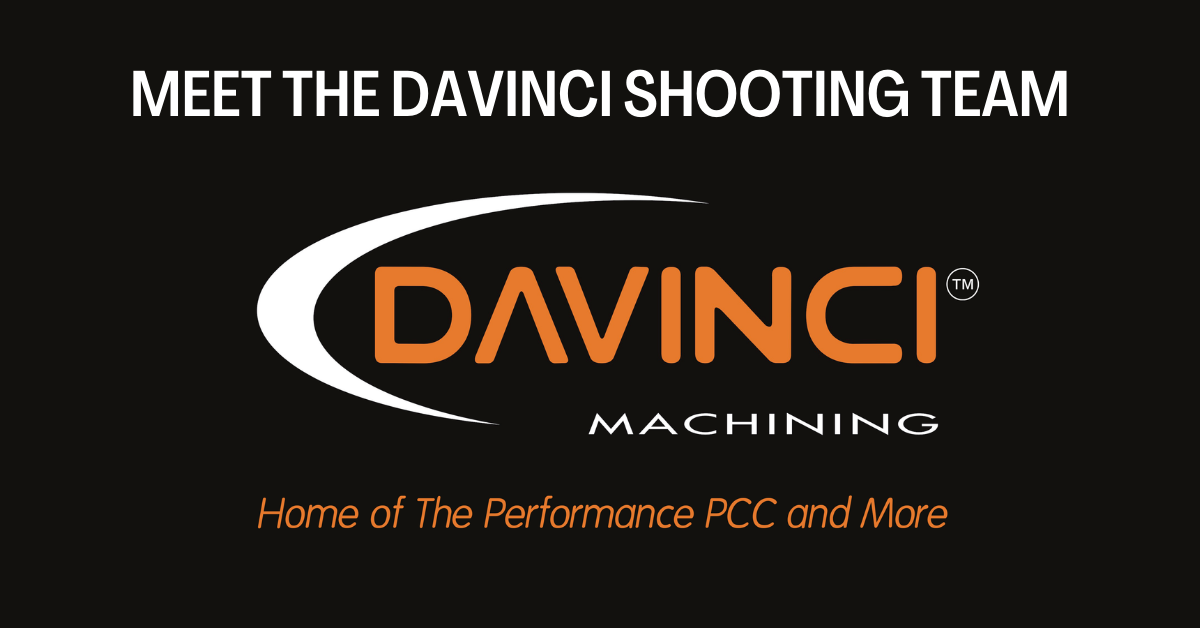 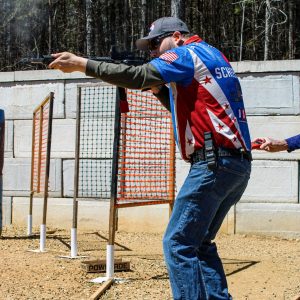 Corey is the inventor of the patented Scheel MFG Roller-Delayed Buffer system. His buffer system was designed to solve many of the issues present in the world of Direct Blowback Pistol Caliber Carbine (PCC) firearms. His adjustable lockup allows a lower reciprocating mass as well as lower recoil spring pressures to reduce the “dot bounce” effect that can occur with heavy mass and heavy spring pressures that hinder even the best blowback PCC setups. The Scheel Buffer System is available as an upgrade in the Davinci Shop. 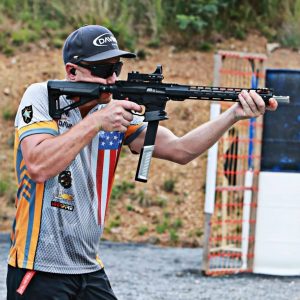 Mike lives to shoot guns. When he’s not shooting, he’s thinking about shooting. Mike sets the bar high for himself every time he steps foot on the range. Mike is a team player and wants the best for his teammates as we all rise and fall together. He enjoys shooting both USPSA and IPSC matches as they’re both unique and different to shoot. He’s shot for over a year now for Davinci and hopes for many more years shooting with the best PCC manufacturer. 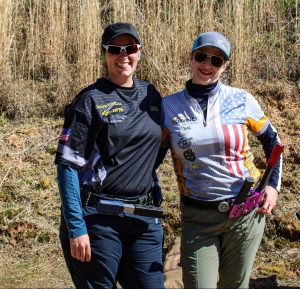 Kenzie is the owner of Reticle Up Marketing, an agency that provides marketing services to small to medium-sized businesses in the outdoors industry. She also is the Host of the Reticle Up Podcast, a published writer in the firearms industry, and an avid competitive shooter. 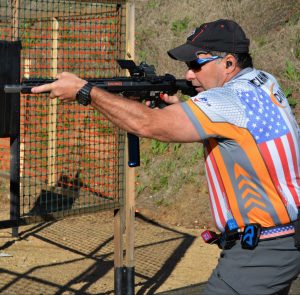 Craig has been a Firefighter/Paramedic for 28 years. He was initially attracted to USPSA because of his assignment to the SWAT team as a medic. He thought he would increase his skill with the PCC/AR platform and have fun at the same time. The skills he’s learned in competitive shooting have helped him in his SWAT role. 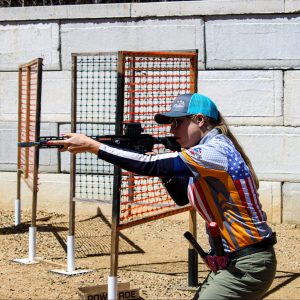 Christina Baker is an Emergency Room travel nurse and attended her first IDPA match on assignment in Iowa in 2015. Since then Christina has fallen in love with USPSA and attends (and ROs) major matches in various locations across the country. Christina was shooting Production before moving to the new, and to her surprise, very challenging division of PCC. PCC division allows shooters to play the game of USPSA without distractions…it’s all about the run & gun! Christina is also a passionate gun rights advocate as a delegate with the DC Project. If Christina isn’t at the range you can find her in the water free diving or on the mat doing yoga. 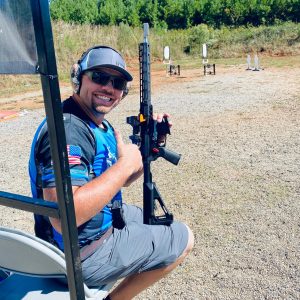 Mason is one of our newer team members. He enjoys shooting every match in his local greater Yellowstone section, along with any major matches he can schedule in. When he’s not at the range, he enjoys being outdoors with family camping, hiking, hunting, and fishing. 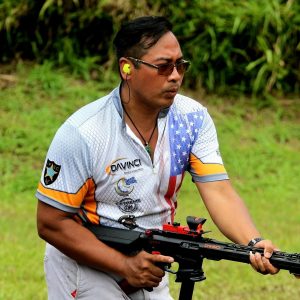 Gerald Sarmiento is one of the top Master Racquet Technicians in the world and has worked on the WTA and ATP tours for over 22 years. He has worked the Australian Open, US Open, Miami Open, and Connecticut Open and is currently the lead Stringer at the International Tennis Hall of Fame in Newport, RI. Gerald is also a consultant and has helped develop a product line for Furi Sport. He also owns 2 Tennis Specialty stores in NJ. To add to his hectic schedule he is also a High-Performance tennis coach at the Nassau Tennis Club in Skillman, NJ, and has developed over 50 sectionally and Nationally ranked players. As an accomplished tennis player, he has captained and played for teams that have placed 2nd in the country. Gerald got into shooting sports in 2018 as it was another avenue to get trigger time. His passion has now become an obsession and he has now dedicated his free time to climbing the ladder of both IDPA and USPSA. 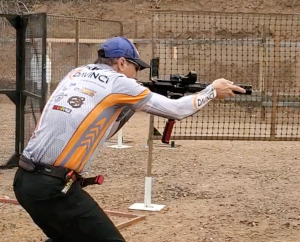 In 2008, a friend brought Darren to a local gun range just to have some fun shooting a few rounds. It just so happened that that night the range was having a small indoor competition which he attended. From that point forward he was hooked on competitive shooting. He started in USPSA Production division for 2 years then moved to Open division from 2010 to 2018. Wanting a different experience, he then moved to PCC in late 2018 and currently is focusing on PCC. PCC brings all the things he loves about shooting into one challenging format. From day one in PCC, he has shot a Davinci DG9 and is looking forward to being part of the Davinci team for years to come. 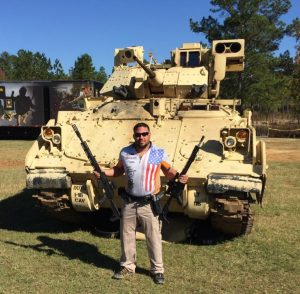 As a former Armament Repairer in the US Army, Jorge has always been tinkering with all kinds of weaponry, from an M9 to an M1 Abrahams. Shortly after meeting David at the local club, Jorge quickly volunteered his knowledge of firearms and started helping David in his endeavors. Jorge has built hundreds of firearms, from ARs, open pistols, Box fed shotguns to PCC, and everything in between. 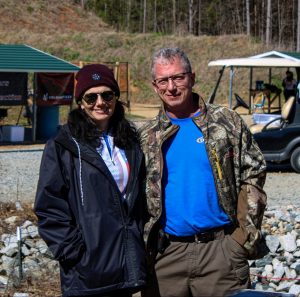 David Padovan and his wife Adriana, started Davinci Machining in 2009, two years after immigrating with their two daughters. They started making molds for tires and wheels for scale warbirds, scale parts for RC airplanes, as well as some aerospace parts. Manufacturing firearms was always an idea and in 2012, they started manufacturing 223 receivers. In 2015, when PCC started getting popular, and after seeing what was available on the market and being disappointed; we decided to build a real platform made for the competition shooter in mind for USPSA/IPSC without taking any shortcuts. It was then that the DG-9 was born; simple, reliable and works differently from any other on the market. 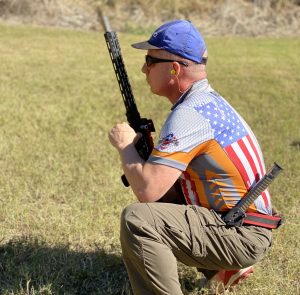 David originally started shooting IPSC overseas when USPSA was not created yet. He shot in Open class when it used to be with single stack 1911s and Iron sights! When USPSA did start here in the US, he began shooting Open, but after getting involved with the creation of a new PCC, he enjoyed shooting PCC and had fun! He still loves open and is working on an Open model since Davinci also makes 2011 frames. His goal now is to go to matches with the team and have fun, whether that’s shooting if he can or just supporting them.

If you see the Davinci Machining booth at a match this year, come stop by and check out our PCCs. We’d love to show you what makes Davinci the best and let you demo our guns. If you see a team shooter at a match, ask them about their Davinci Machining PCC and if you’d like to shoot it, any one of them would be more than happy to let you try it out! 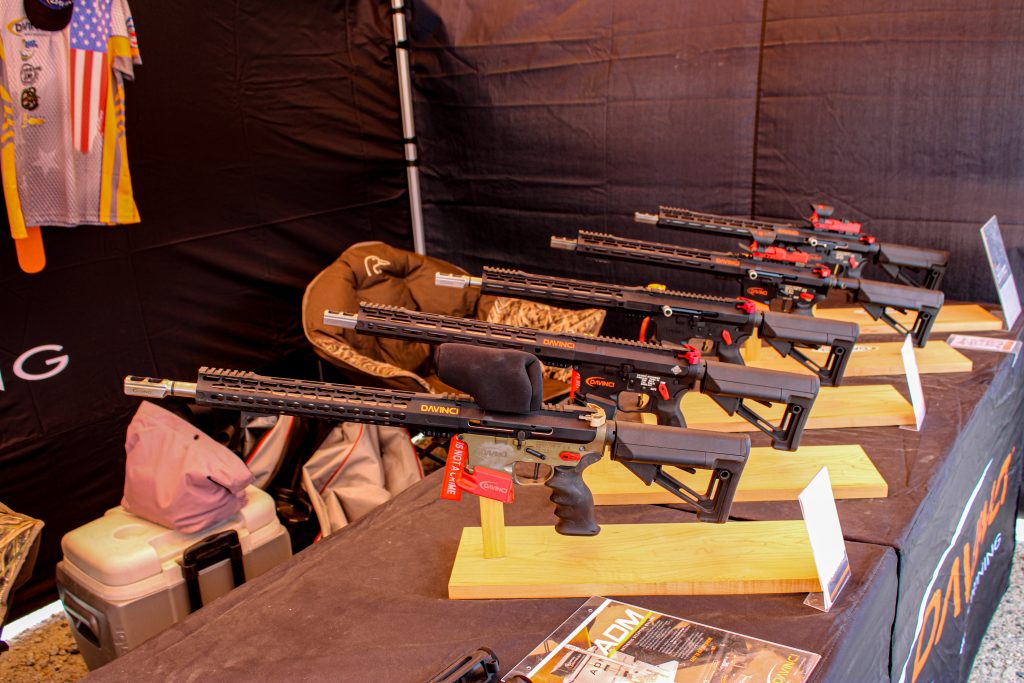